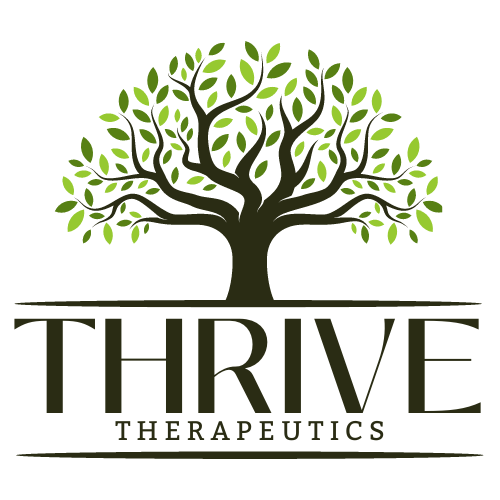 Sleep is essential for children’s healthy growth and development.

But many children report feeling stressed or anxious, which can make falling and staying asleep a challenge. To help with this, Thrive Therapeutics’ kid’s calming gummies promote relaxation and stress relief so children can get the rest they need to grow and thrive. 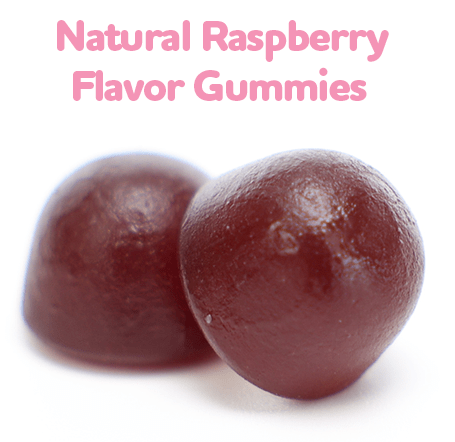 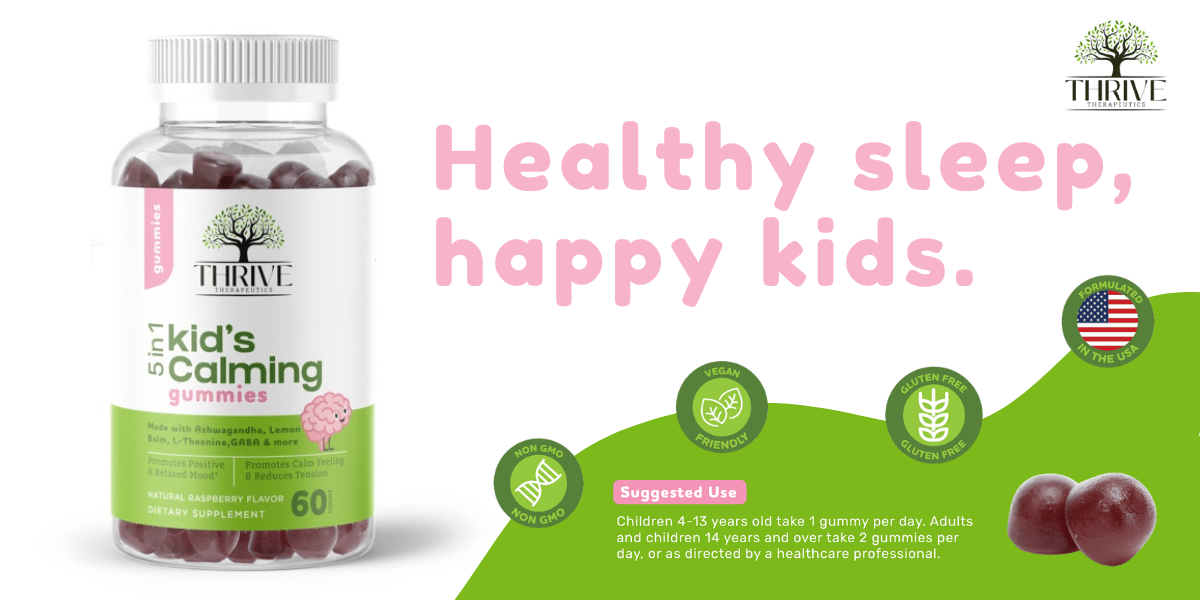 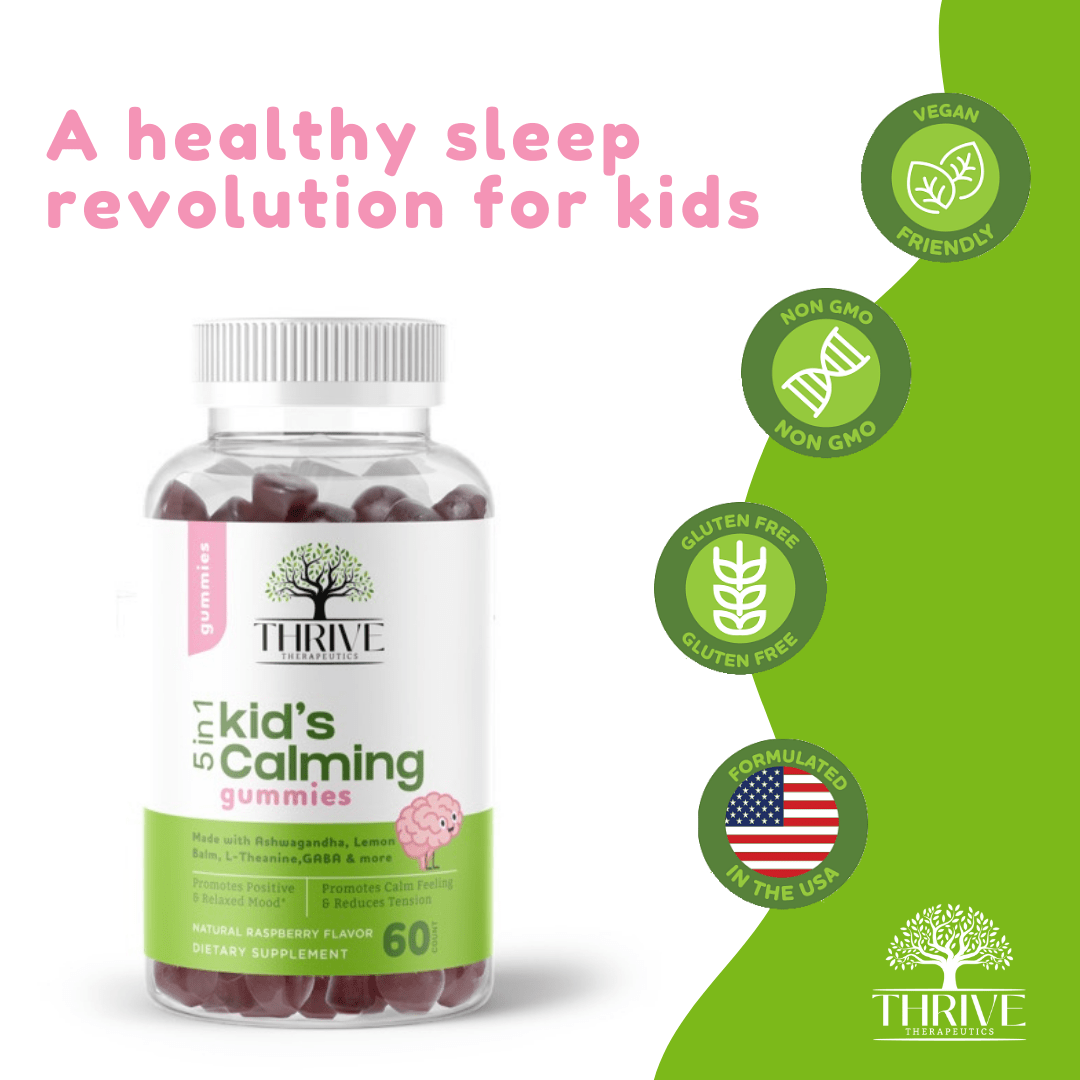 Is your child stressed at school? Does your child have trouble sleeping? Our gummies help your children relax and get a more restful night’s sleep.

Unlike other sleep aids, our gummies are melatonin-free. Melatonin is a hormone that kids’ bodies readily produce so no more is needed.

Our gummies come in a delicious raspberry flavor that children are sure to love. 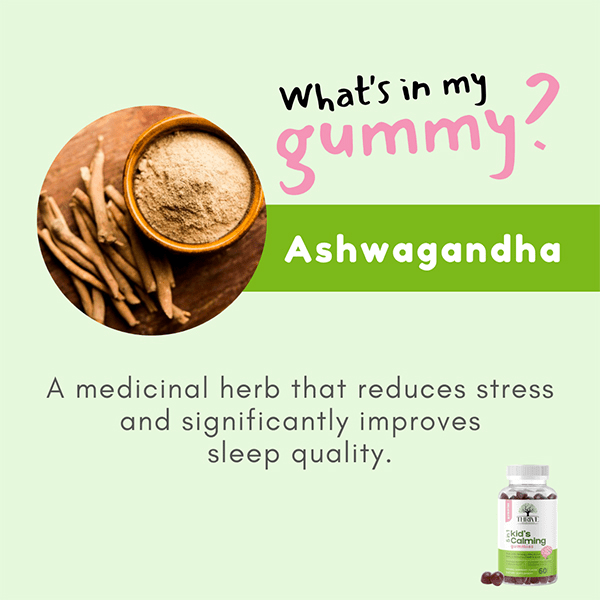 Numerous studies support the use of ashwagandha as a sleep aid. Ashwagandha helps people fall asleep faster and stay asleep longer. It’s considered an adaptogen, a term describing a group of herbs that protect the body. Ashwagandha is also known to have anti-inflammatory and antioxidant properties, and it can improve the functioning of the nervous system. 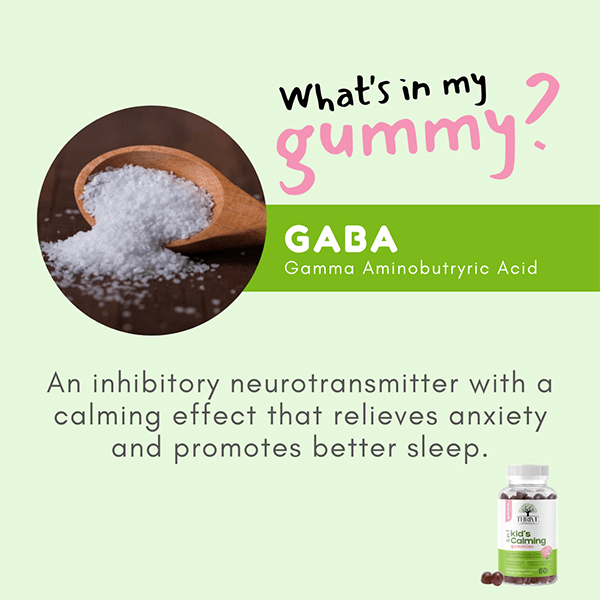 GABA is made in certain parts of the brain and it’s found naturally in foods like tomatoes and soybeans. GABA activates specific brain receptors, which cause brain activity to decrease. In this way, GABA can reduce feelings of stress and anxiety and make falling asleep easier. 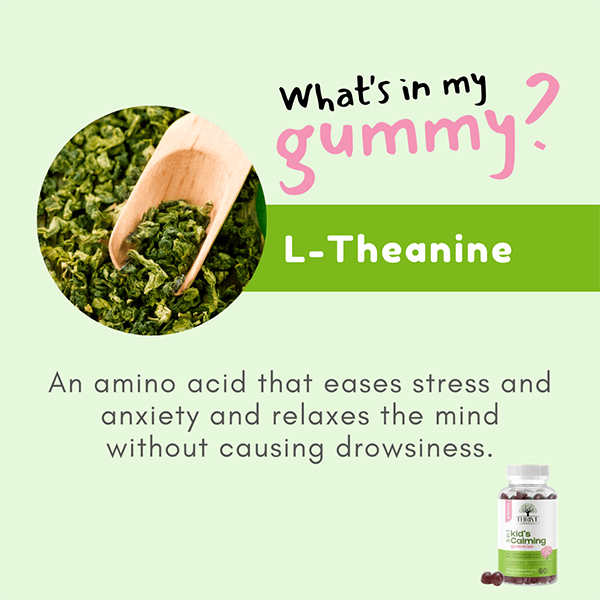 L-theanine doesn’t build proteins like other amino acids. Rather, L-theanine influences the body’s chemical messengers, also known as neurotransmitters. And it does so in a way that slows down brain activity and decreases alertness and anxiety, all of which promote better sleep. L-theanine has also been shown to induce good feelings by increasing the brain’s serotonin and dopamine levels. 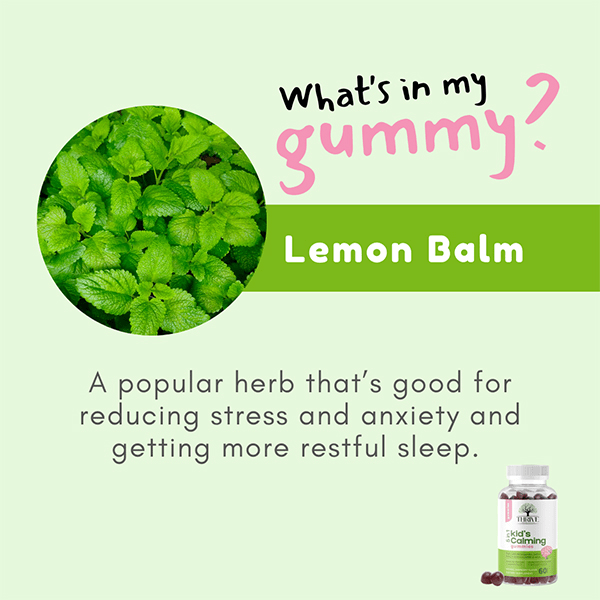 Lemon balm is used for various healing purposes. It can reduce stress and anxiety and improve mood and cognitive function, including memory and concentration. Research has shown that lemon balm can relieve insomnia and restlessness at bedtime. Plus, it can help with digestive problems, such as gas, bloating, colic, and nausea. 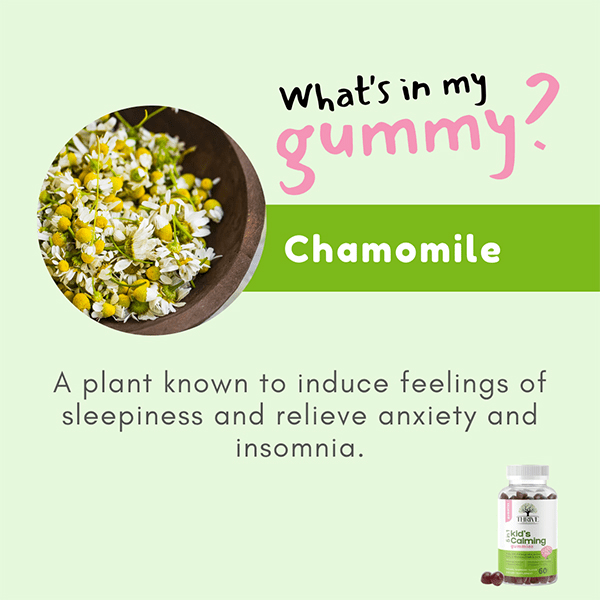 Chamomile is a plant that’s been used for centuries as a natural remedy for various ailments, including anxiety and insomnia. Chamomile is also used as a mild sedative. Chamomile contains apigenin, which is a chemical compound that binds to the brain’s GABA receptors and causes sleepiness.

Helping kids relax and improve their sleep quality so they can wake up feeling refreshed.

You can reach us at info@thrivetherapeutics.com.

Use keywords in the search box below to find what you're looking for.